Do You Have Questions About Your Mother Rights in Suffolk County?

Custody is the most emotional and complex issue in any divorce or family court matter. The experienced and knowledgeable attorneys at Zimmer, Mathiesen & Associates are sensitive to the client’s needs during these emotional and complex custody matters and are able to walk you through every step of the process to ensure that you receive aggressive, affordable and effective representation. 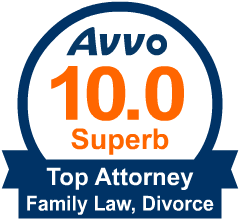 It was presumed until 1988 that the mother would receive custody of the children unless the father proved she was “unfit.” Unfit was defined by the courts as being addicted to drugs and/or alcohol, having a mental disability, being neglectful and abusive to the children, or being incapable of handling the responsibility of raising children.

Under current New York law, both fathers and mothers have equal rights to custody. Fathers often seek custody of their children and custody litigation is growing more common in both Supreme Court and Family Court. Due to this relatively new standard, it is more important than ever to make sure that your rights as a mother to your children are sufficiently protected.

In our current society, it is very common for women to work after they have children. This is especially true due to the high cost of living in New York, especially on Long Island where one income is rarely enough to support an entire family.

In situations where both the mother and the father work full time, the issue of custody becomes more complex. In these instances, it is not as clear as it was in the past who is the primary caregiver for the children. The attorney’s role in a custody dispute is to develop a sophisticated legal presentation to explain to the court why his or her client is the appropriate parent to receive custody. As this is such an important and sensitive matter, it is vital to have an aggressive, experienced attorneys like the ones at Zimmer, Mathiesen and Associates to represent you in these custody proceedings.

The divorce attorneys at Zimmer, Mathiesen & Associates have more than twenty five years of experience of protecting the rights of mothers in divorce and family law matters. Our law office has vast experience in assisting mothers in situations regarding child custody, visitation, spousal maintenance, and child support and work hard to ensure that our clients receive best possible representation.

BEST SWITCH I EVER MADE, GREAT ATTORNEY THAT PRODUCED RESULTS

I hired Mr. Zimmer about a year ago to handle my divorce case. I met with Mr. Zimmer after going through a case for two years with another attorney. At the time of my first initial consultation with Mr. Zimmer, I was immediately impressed with his knowledge on divorce matters. My previous attorney had never mentioned half the things Mr. Zimmer did that we could do for my case. I came in there with next to no money, barely being able to keep my head above water and finished a few months later feeling completely satisfied with the results. Mr. Zimmer put more effort into my case in a few months than my prior attorney did in two years!

Zimmer, Mathiesen & Associates, provides legal services for situations involving divorce and family law matters. If you are considering a divorce or a separation, or if a spouse commenced an action for custody of your child, you have the right to an experienced attorney. Contact us today for a FREE consultation

Find Us On Social Media